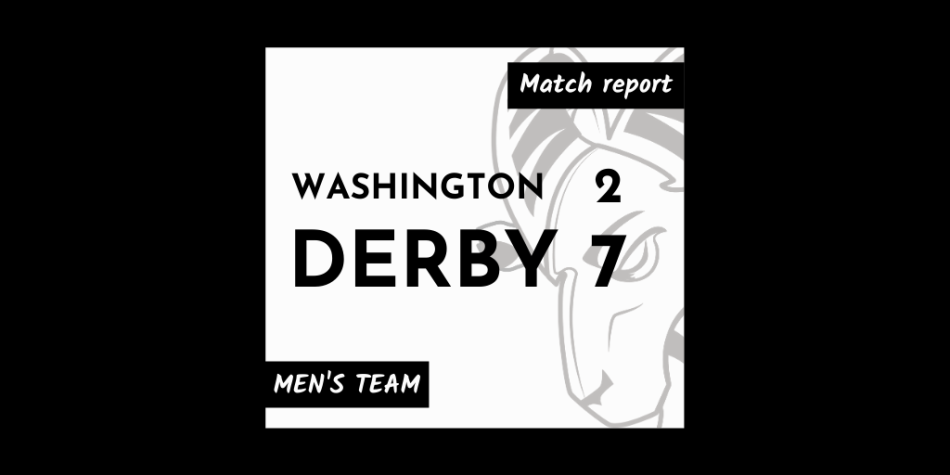 The game hosted at Loughborough University finished 7-2 in favour of Derby.

Making the NFS debuts for Derby were Quentin Casey, Ethan Kornell Bruiners, Jasper Korsholm, Krystian Stelmach and Archie Robinson. Goalkeeper Robinson signed from Tranmere in the summer, but has seen his appearances limited thanks to the superb form of Rich Hankey.

Washington took the lead in this game, as Derby looked to build their momentum, but following an instinctive smash by Captain Dylan Harris-Newton and a quickfire double from Connor Towes Derby found their swagger.

Olly Whaley was at the heart of all that was good about Derby in the first half, and he set up Huntingdon for his team’s fourth goal, and scored the fifth just before halftime. There was some debate about this goal and the court side PA credited it to Manny Freeman, but the lads were quick to congratulate Whaley. Whaley had the ball on the left flank and played forward a lofted ball, Freeman flicked his head towards the ball, which stunned the keeper allowing the ball to go straight into the net.

A special mention needs to go to Harris-Newton’s second goal. A brilliant passing move by two young debutants, Kornell Bruiners and Korsholm was finished off at the back post by Captain Harris-Newton.

Richardson, Harris-Newton and Huntingdon’s goals took them onto the top league goalscoring chart, with Richardson standing second top goalscorer in the division.

Next up in the league is Sunderland University on the 15th March.