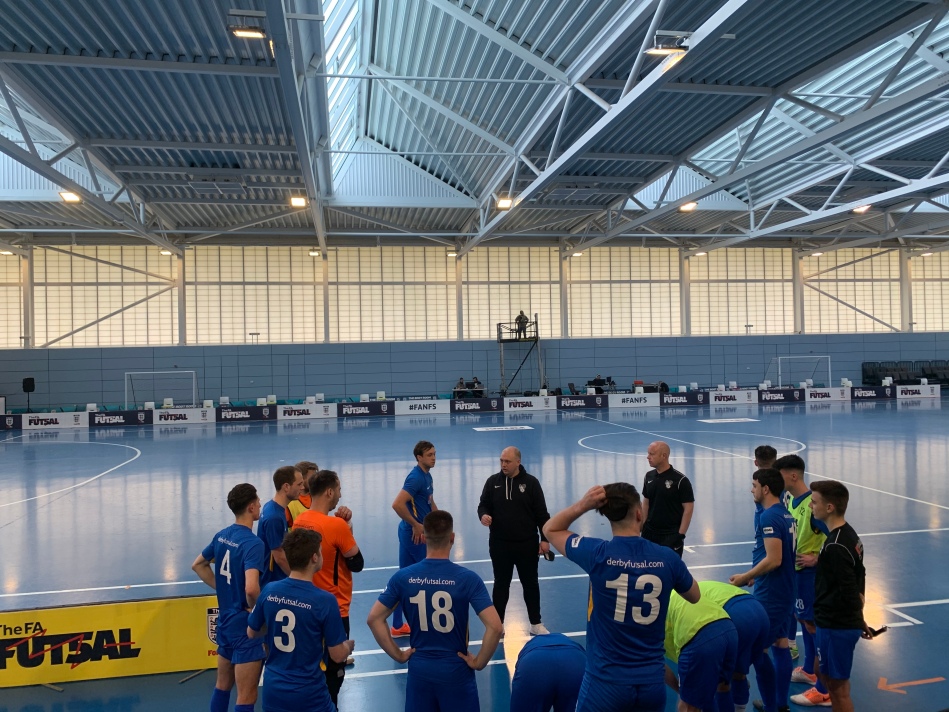 Derby’s Men suffered a 3-1 defeat to Bolton at St Georges Park in their first game of the FA National Futsal Series Summer Showdown on Sunday.

The match started at a frantic pace with both sides getting early chances. The lively Liam Hunt, a threat to Bolton throughout the game, skipped the defender and found Tom Gascoyne at the back post to be denied by a big save from Bolton keeper Joe Payne.

Bolton were denied in the sixth minute as Derby Keeper Jez Poulson pulled off a superb save after a swift counterattack from the opposition.

In the tenth minute, the deadlock was broken as former Derby player, Ollie Whaley produced an unstoppable shot into the bottom left corner to make it 1-0 to Bolton.

Derby were level three minutes later as Hunt latched onto a clever backheel from Sam McGrath to force the ball past the keeper to make their chances count.

The second half was just like the first. Both sides creating several chances in a tightly contested tie.

With seven minutes to go, Bolton got their second with a wonderful finish from Oscar Lucas as he slotted the ball into the bottom corner.

Bolton’s third was the moment of the match. Stuart Cook saw Poulson off his line and from his own half condemned Derby to defeat.

Derby will be hoping to get their first win of the series as they face ProFutsal London this Sunday at Wolverhampton University. You can watch all the matches on the National Futsal Series YouTube channel.