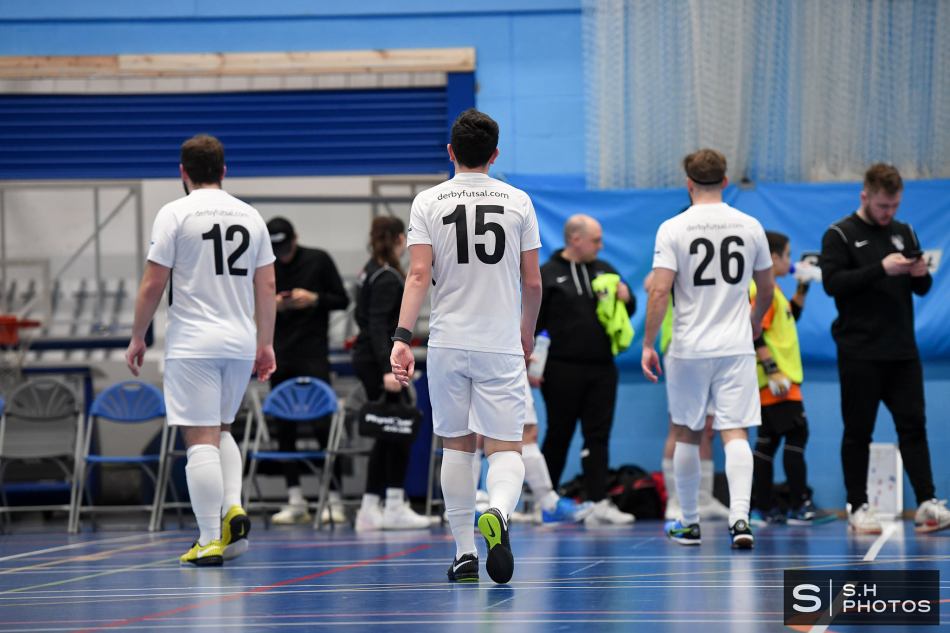 Derby Futsal faces a tough away trip to Sunderland to try and carry on their unbeaten run in the National Futsal Series.

The Rams go into this game off the back of four consecutive victories, most recently beating local rivals Nottingham 5-2.

Goals from Joe Illston, Matt Richardson, John Atkinson, and a double from John King sealed the victory and kept up the battle for promotion.

Sunderland won’t be an easy tie, in the previous meeting Derby ran out 4-2 winners in a very tightly contested game. Sunderland now sits fourth in the table and a win could start a promotion push.

With a game in hand behind York, a win for Derby will put them top of the table. With both sides still having to play each other, the 20th of March is a key date to note down in your calendars.

Jamie Gregory, one of the newest signings for The Rams having joined in December has had a great start to his Derby Career. Scoring three goals in his two appearances, he speaks about how well he has settled in, “my debut was surreal, to go from playing Bucs league to the NFS was incredible. All the lads have made me feel so welcome and to be picked for this game is great.”

Gregory’s focus turned onto the game ahead and says what he expects to see from the side, “we know that they are a solid side who are well organised. We can only do what we know we are good at and hopefully that will win us the game.”

With The Rams looking to continue this winning run, Gregory is confident, “All we can do is keep putting 100% into training and the results will come. We know we are good enough to beat anyone in this league.”